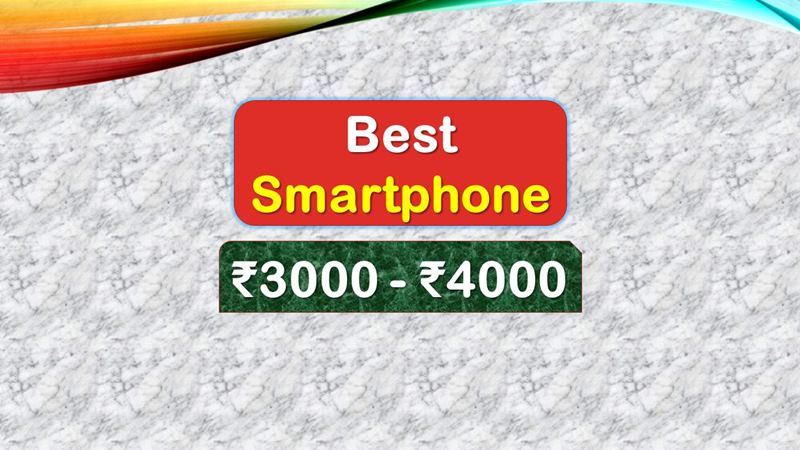 Which is the best smartphone under 4000 Rupees? In this piece, we cover top 4G smartphones, which are on sale in the price range of 3000 to 4000 Rupees. Smartphones suggested here may not be the best choice for gaming. However, they fit for video calling, multitasking, reading news, internet browsing, listening to songs, watching videos, and similar activities.

To study online if you need an excellent quality 4G smartphone with minimum 5-Inch screen and built-in resources to support apps installation, you are at the right place to select the best device. If you need our assistance in your purchase of a new smartphone, use the comment box below.

Which is the best smartphone under 4000 Rupees? Here you read about the best-selling smartphones in India market from 3000 to 4000 Rupees range. The recommended smartphones are top-selling models because of their big bright screen, excellent performance, and superior build and design. 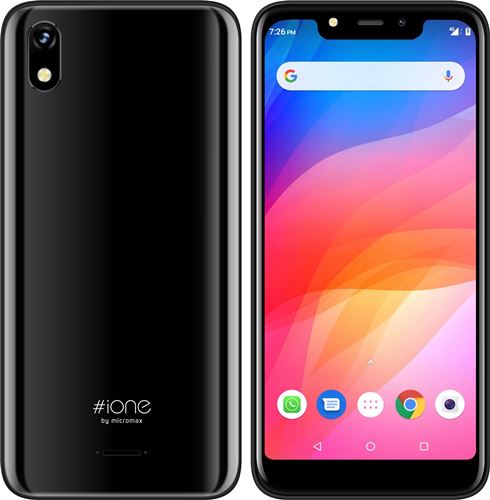 Micromax iOne is an exciting smartphone because of its price is below 4000 Rupees, and yet it sports a big bright 5.45-Inch IPS screen, 2GB RAM, and 16GB memory. Both SIM slot of this phone supports 4G SIM card.

You should have at least 6000 Rupees in your hand for a decent quality smartphone. Here Micromax provides a 4G smartphone with many great features in just 3500 Rupees. Therefore, it is definite that this phone will not impress you for all its features and functions. Do not buy it with high expectations.

Yu is a brand of Micromax and favorite among buyers for affordable smartphones with high-end specifications. Presently, the best smartphone for video recording under 4000 Rupees is from Yu brand only. 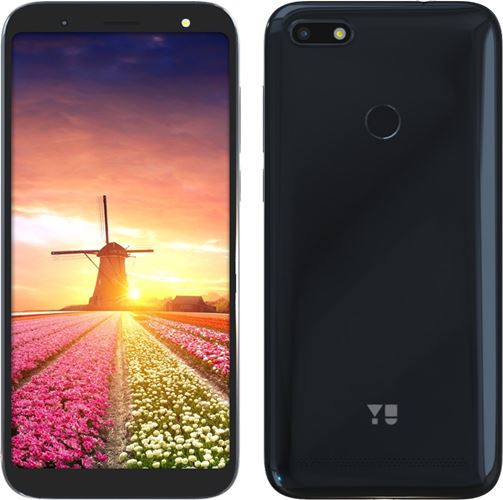 The Yu Ace 4G Smartphone features 13MP primary and 5MP front-facing camera. Both the camera can take high-quality photos and videos. Experts also recommend it for selfie as its selfie camera has an LED flash alongside.

In spite of being a 4000 Rupees smartphone, Yu Ace comes with fingerprint and Face-Unlock security features as well. It also has the dual-VoLTE feature. Thanks to Stock Android, 2GB RAM, and MediaTek Quad-Core Processor, its performance is unexpectedly fast, withal.

Yu Ace 4G smartphone is now a — more than a year-old smartphone. Because of its power-pack specifications, it has been one of the best-selling smartphones in 5000 Rupees range since its launch. Even today, it is the best 4G smartphone in 4000 Rupees. You cannot ignore it if you want to buy a quality 4G smartphone.

The Gome dual SIM smartphone is one of the best 4G smartphones under 4000 Rupees in India market presently. It is an excellent alternative of Micromax Spark Go, the all-time best-selling smartphone from 3000 to 4000 Rupees range. The price difference between both smartphones is just about 200 Rupees. However, Gome C7 smartphone has a more powerful processor, larger RAM, better camera, a slimmer body, and a lasting battery. 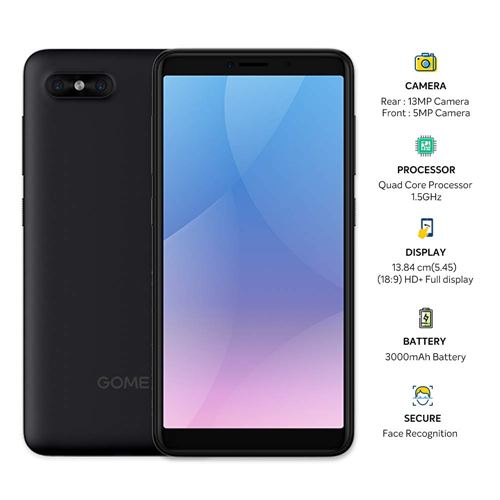 Those who have been using Gome C7 smartphone confirm no hanging issue, no heating issue, longer battery life, and satisfactory camera performance.   That is what we want for a smartphone under 4000 Rupees.

Also Read :  Inside History and Future of Smartphone Display

Gome C7 smartphone comes with all those features that a modern smartphone must-have. Security is one of those aspects that can’t be ignored. This Gome smartphone has the face recognition technology built-in to prevent unauthorized access. Moreover, the user can lock Gallery, Call & SMS log, and other private folders, too.

Among the Indian smartphone brands, Micromax is the most reliable name for the best budget smartphone. Last week the company launched a brilliant low-cost smartphone, Spark Go in the online market.

Micromax Spark Go, a 4G mobile phone under 4000 Rupees is a value for money smartphone. For general use, this stylish smartphone is best. It runs on the lighter version of Android so is very fluid in multitasking, shows no lag in everyday use. It is not the phone to play action games, however. 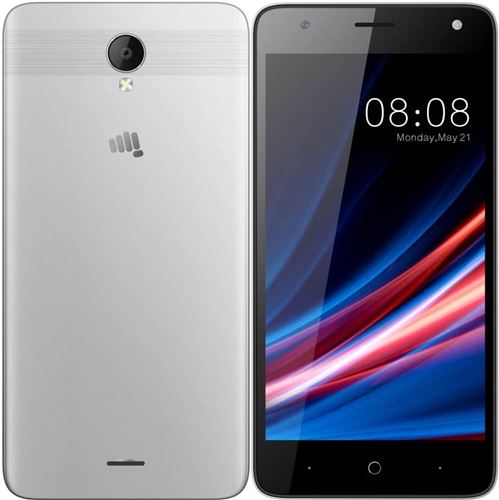 2000-mAh battery of Spark Go, one of the best Micromax Android phones below 4000 Rupees, runs a full day when usages are restricted to calling and listening songs. This is a 4G smartphone, supports VoLTE. Thus, on this phone, you would be able to make voice calls from Jio and other 4G networks without installing their 4G Voice app.

For entertainment, this 1GB RAM 4G mobile has an audio, video player and FM tuner. You can also record live FM programs on this phone.

Decent screen, good signal reception, sensitive MIC, lasting battery, and fluid operating system are the main highlights of this 4G phone. Surprising factor, however, is fewer bloatware. That leaves more device resources available for the end user. Considering everything I would not be wrong in saying Spark Go is the best 4G smartphone if your budget is anything between 3500 to 5000 Rupees.

Any budget less than 5000 Rupees is too less for a decent quality smartphone. However, here I need to suggest a fully functional smartphone under 4000 Rupees. After carefully observing all the smartphones launched in the last 6 months I have finalized the Intex smartphone. I will still bet on Intex brand than trusting new mobile phone brands as some of them import smartphones in bulk from China, add their level and sell in the market at a lucrative price. In their comparison, Intex has a reputation in the market and operates service centers across the country. 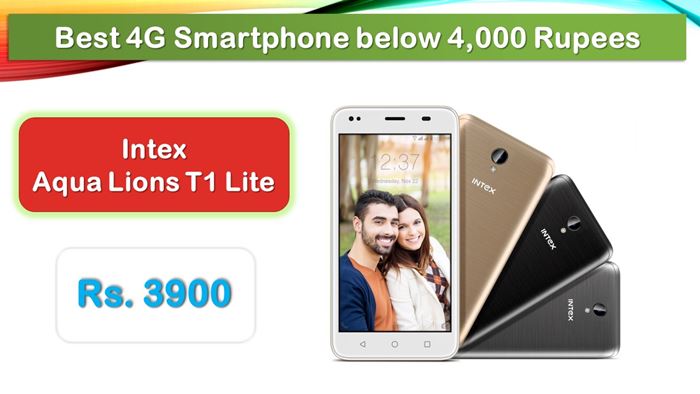 The phone has a quad-core processor and 1GB RAM – enough for running multiple apps and browsing with several tabs open. It also has a fully functional camera that takes decent pictures in daylight but as usual not much in low light. Besides the regular functions of Android Camera mechanism, a recognizable feature this phone has is Burst Mode. Burst mode also translates as continuous shooting mode wherein a user takes multiple shots of a steady event or a moving event.

The Aqua Lions T1 Lite is a dual SIM smartphone, and also supports VoLTE for calling through 4G LTE network. I was also impressed with call quality and signal reception. Consider this 4G phone If you need a mobile phone with best signal reception in India under 4000 Rupees. All in all, it is the best phone under 4K budget at present in the market.