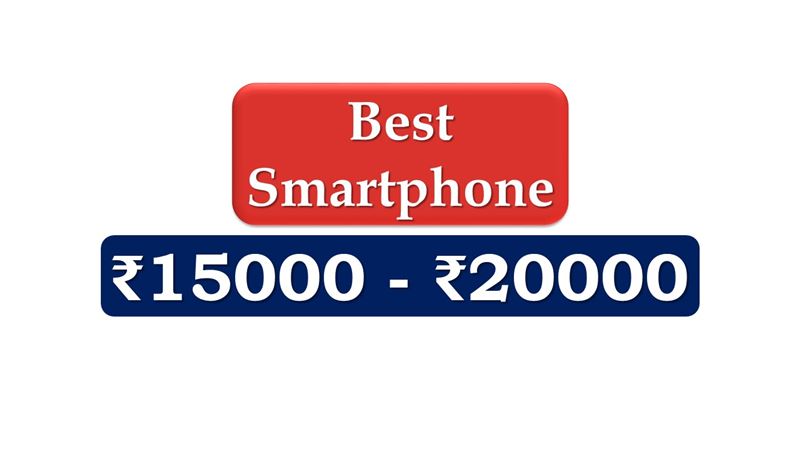 If you are reading this, you have probably been wondering ‘how good of a smartphone you can get with just 20,000 Rupees at hand?’ Well, do not lose sleep again, we have got you totally covered with every trifling detail you need to know about modest gadgets. In this piece, we have had an in-depth look into the most appropriate smartphones in the 20,000 Rupees bracket. However, be advised, if you are looking for the next generation of iPhones and other high-end smartphones in this article, you better soup up your pocket and read our subsequent editorials on high-end smartphones. This piece is most relevant to a person who wants to get a decent smartphone at the tightest budget ever.

Which is the best smartphone under 20000 Rupees? In this piece, you read about the best-selling smartphones from 15000 to 20000 Rupees range. The recommended smartphones are from the top mobile phone brands in India market, such as Samsung, Oppo, Vivo, Sony, Xiaomi, and others.

What smartphone should I buy under 20000 rupees? if you have a budget of 20000 rupees for a new smartphone then you should consider buying the one with 8GB RAM, at least 5000 mAH battery, 120Hz screen, and large internal memory. On these criteria, the best smartphone is Realme Narzo 30 Pro with 128GB memory, currently. This Realme smartphone sports a 6.5 inches screen, which has a 120-Hz refresh rate and full HD resolution. It is a bezel-less screen with Corning Gorilla glass production protection.

On the camera side, the phone impresses with a triple sensor camera on its rear side and a 16MP Wide Angle camera on the front side. HDR, 10x digital zoom, and 4K recording @ 30 fps are some of the key features of the main camera of this excellent smartphone.

This Realme smartphone has a 5000-mAH battery, and to charge it quickly a 30-watt charger with a Type-C port is provided. In 65 minutes, the battery will be full, the brand claims.

Also Read :  What Is Bluetooth 5.0? Inside the history of Bluetooth Evolution

The Realme Narzo 30 Pro is a 5G smartphone, and it supports 2G, 3G, and 4G networks as well. Whereas for entertainment, this phone has Dolby audio and it is a perfect device for playing games.

The Redmi 4G smartphone from the house of Xiaomi is currently one of the best smartphones under 20000 Rupees for photography, gaming, multimedia entertainment, and general usages. The specs that make it an attractive choice among other available top favorites in the range are its 33W charger for real fast charging, 120Hz Super AMOLED screen, latest top-rated Snapdragon Octa-Core Processor, and 64MP rear camera with 4K recording capability. Moreover, the powerful speaker, which generates super clear loud sound, is indeed a pro feature of this Redmi smartphone.

Battery-saving optimization is annoying on the Redmi Note 10 Pro, though. During video calls, the screen light goes off every after few seconds for battery saving.  That makes sense considering the 1200-nits screen brightness but is very annoying. The mediocre selfie camera is another disappointing feature of this 4G smartphone.  Besides, a 6000-mAh Li-ion battery could have made this Xiaomi phone even a better option than it is with the current 5020-Li-Po battery.

Samsung and Honor are two of my current favorite brands for high-quality smartphones from 10000 to 20000 Rupees price range. In recent months, Samsung has launched some mind-blowing smartphones with the right price tag which is according to the trend in the market. One such smartphone is Samsung Galaxy A50. It is the newest smartphone under 20000 Rupees. Besides being a Samsung smartphone, the features that make it noticeable are its big Super-AMOLED screen, an outstanding primary camera with triple sensors, excellent memory management, powerful battery with fast charging, and latest connectivity options.

Whether you need a camera smartphone or a gaming smartphone, Samsung A50 is an answer. Therefore, It is definitely one of the best smartphones under 20000 Rupees. This 4G dual SIM smartphone excels at all fronts.

Built-in 4GB RAM is enough to launch many appliances simultaneously. Close to 50GB free internal memory and a dedicated slot for microSD card provides enough room to install as many as appliances the end user wish to. Moreover, it has USB Type-C and NFC connectivity, which are the most recent connectivity technology in use.

Presently, Realme 7 and Vivo U20 are the only two available smartphones in India market under ₹17000 Rupees with 8GB RAM and 5000-mAh battery. Between these two, the best phone is the Realme 7. It is big, fast, and long-lasting.

The 6.5-inch screen of this Realme smartphone makes it a tall device. The MediaTek Helio G95 Octa-Core processor, which is here in the arrangement of two CPUs, one is 2.05GHz Dual-Core and another is 2.0GHz Hexa-Core, makes it genuinely fast and capable of handling all productivity and gaming applications with ease. And, the given 5000-mAh battery lasts longer than one could imagine.

Further, the Realme 7 smartphone proves itself worthy by being a true gaming device. Its screen supports a refresh rate of up to 90Hz and its RAM size is 8GB. That is what is needed for smooth high-end gaming. And, those understand camera angles and know how to take great shots will find out it’s worth considering, too. The front and back cameras of this Realme phone have Sony sensors. That says enough!

The Vivo smartphone is currently the best 4G smartphone from 16000 to 18000 Rupees price range. Why? Because it is the only smartphone with a Snapdragon processor, 8GB RAM, and fast charging 5000-mAh battery.

Vivo U20 4G Smartphone comes with outstanding cameras. Its rear camera has three Sony sensors, and by which it can record up to 4K video at 30 frames per second. Further, the 6.53-Inch big-bright IPS screen looks crisp & clear and shows true color. For superior performance, whereas, this Vivo phone has a Snapdragon Octa-core processor and 8GB RAM, which is one of its pros.

I cannot think of a smartphone with less than 5000-mAh battery. In today’s time, more battery power is essential. Vivo U20 is a big battery smartphone, which supports fast charging. 18W charger that comes with this phone fully fuels up the battery in less than 2-hours.

Which is the number one smartphone brand in India market? Samsung has recently become the top mobile phone brand in Bharat. The credit of the success primarily goes to the M series and now F series smartphones of the brand.

Samsung recently launched the model F41 for ₹15490 on Flipkart. This latest Samsung 6GB RAM smartphone is an almost 95% copy of the very successful smartphone model of the brand M31. Between them, the letter is better than the former, as it comes with better screen protection and camera. Other features & functions of both the smartphone are similar. The current market price of these identical Samsung smartphones is ₹15490.

However, before you finalize one of them, check about the Samsung M21 128GB variant. It will cost you only ₹14990. This 4G phone has 6GB RAM, 128GB internal memory, and a 6000-mAh battery. Also, it has the same screen that the other two smartphones have.

The M31 is the latest Samsung 4G smartphone in India market. Samsung has so far introduced two variants of this model: one with 64GB memory {15990 Rupees} and another 128GB memory {16990 Rupees}.

Despite having 6000-mAh battery this Samsung phone weighs only 191 grams. It is the primary reason why it must be your next smartphone, in my opinion. Samsung M31 is special also because of its outstanding performance with special game boost {indeed no heating issue}, incredible big bright screen, excellent cameras, solid build, and premium design.

The difference between smartphone models M21 and M31 is not much per se. Apparently, M21 is a better option than M31 because of its low price. Even in terms of camera performance difference between both of these phones isn’t huge. So, I bought a Samsung M21 for my Bhabhi Ji because a smartphone with 4G RAM is more than sufficient for her.

Samsung with its M-series smartphones has rebooted the budget smartphone market in India. This Samsung series is one of the most successful smartphone series in India market. Smartphones of this Samsung smartphone series have a large screen, big battery, huge internal storage, no bloatware, top-notch CPU configuration, and incredible cameras. These assessments are based on my experience with my Samsung M30 4G smartphone.

Samsung M30s is the successor of the M30 and it comes with a quickly chargeable 6000-mAh battery. Samsung’s fast charging fuels up the battery very fast. Even after 6-months of usages, the 5000-mAh battery of my Samsung M30 gets charged in less than 2-Hours.

Since Samsung M30s with 6000-mAh battery is available on the market, no need to think about any other smartphone. It is the best smartphone for those who are looking for a long-lasting all-rounder smartphone with a mammoth battery.