Skip to content
You are here
Home > Computer > No Display BIOS Problem on a PC – How to Solve? 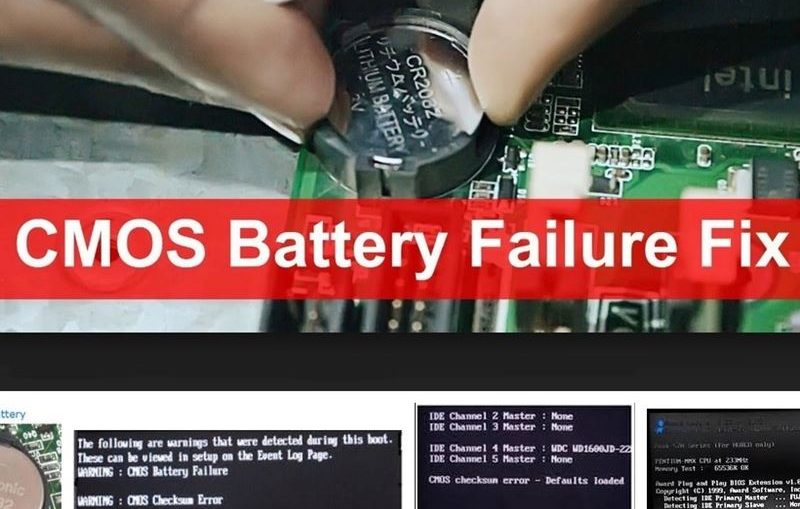 Your computer system has no display, but CPU is running. You are worried now — what to do next. To recover from this problem, I suggest a weird solution, which worked for me. The tried method worked for me to solve no display bios issue. An expert would never recommend it. Hence, I called it a wired solution to fix no display on boot problem on a PC. However, I cannot guarantee that it would also work for no display error, which your system has. You can still try it. The solution is specifically for no display BIOS issue on a computer system.

The right solution for no bios display on monitor and other CPU malfunction only a computer technician can suggest accurate measures. However, calling a technician would cost not less than 250 Rupees and full day waiting. So you must apply various test & try methods to repair no display on pc and try to get it in normal working condition. In fact, that is the right way to manage a computer system for daily use.

Let me share a brief of what exactly happened today with my system. You can match my system problem with the issue, which your system CPU is facing currently.

Today morning I worked on my computer system up to 2 AM and then I went to sleep. When I return to my work desk later in the day, for some reason, I could not concentrate on my article writing work. So I decide to watch something lite so that mentally I become calm and get ready for today's action. I started watching a Historical documentary. When the film was about to finish, my system suddenly turned off. I could not restart it. I unplugged and plugged all the socket points but no success. My system has the famous problem: “no display but power is on.”

I decided to call Amar, who is my colleague at Gadgets Shiksha to discuss any possible resolution. But prior that I searched online on “no display but CPU fan working” issue but did not get any workable solution. Before Amar could ask me, I informed him that I had already done unplug-plug of all sockets on the system motherboard. That includes pulling out the RAM stick and rubbed it nicely with an eraser and then put it back into the slot. However, still no success in getting resolution on the no display bios problem.

Amar said I expected that you have already tried those initial troubleshooting solutions. However, I need to know have you checked CMOS battery.

How to repair No display but Motherboard Light ON Issue

While on Phone with Amar, I pulled out CMOS battery from motherboard socket, wiped it gently on a cotton cloth, and stored it back into its socket. To my surprise, it worked. CPU started running fine. Apparently, the issue turned out to be CMOS battery boot failure.

As my system had started operating, I got myself busy with pending works. However, after around two hours of use abruptly the system stopped working again.  It seemed CMOS battery failure occurred again. So, I repeated the same CMOS battery troubleshoot. It worked once again, and my system started running smoothly.

Therefore, it was a clear case of CMOS battery error on startup as well as during system run. I knew that this “CMOS battery boot failure issue” would not let me complete unfinished works. So I went a computer shop and bought a new CMOS battery. A CMOS battery cost is just 30 Rupees. Replace the CMOS battery with a new one and my CPU was back to the reliable working stage.

What is CMOS battery function on a PC?

If there is CMOS battery failure, your computer system would still boot, and you would be able to work on it. Primarily, CMOS battery function is to store system's BIOS settings that include system date & time as well. And, the BIOS setting is hardware settings to call during POST action. For More on CMOS battery details visit here.

No Online Help: I searched a lot online about my system issue but did not find any suggestion related to CMOS battery. I did not get a webpage with a solution such as unplug the CMOS battery or change it. Since changing CMOS battery worked for me, I decided to share my experience of today. I somehow saved whole day waiting plus 270 Rupees, which I would have paid had I called up a computer technician.

How I use my computer system? I do not use heavy applications on my system since most of the time I use to write articles. Moreover, I keep my system up to date so no reason why it would have software failure. Yesterday and today no new hardware was attached or removed from the system. No new software was added or removed, either.

The computer system has two Hard Drives, one SSD, and another HDD. Both are having operating system installation. I cannot be so unlucky that both Storage fails at the same time. At least one should run. However, on my system, not even BIOS were loading. For novice BIOS loading means the same blue screen, which comes with Intel LOGO.

My system status, which had no display bios issue but solved by replacing its CMOS battery:-

However, the issue as you know now was no display bios. What worked is an unthinkable solution: removing the CMOS battery and replace it with a new one.

If your system status is the same, and changing CMOS battery did not help, then it is a clear case of graphics failure. If that is true, then you have to spend 1000 to 1200 Rupees to get the system back in order.

Help Others: Replacing the CMOS battery is one of the solutions you could try to fix a no display computer. If you have any other unique solution to offer, please share here and help your fellow system users. Read also How to Make Credit Card Bill Payment through UPI and NEFT.