Mobile phones seem aplenty in the market these days, don’t they? There’s one for every need and desire. Pair that with the price spectrum at which it’s offered, a mobile phone user certainly gets a plethora of choices to look from. That aids in achieving bang for their buck for any user.

The latest Lava mobile phone model A3 Power is an upgraded version of A3, a very popular model of this Indian mobile phone brand. This newest version comes with a more powerful battery and a certified military-grade build quality. That is why it could be an awesome choice for rough usages. Those who have a habit to keep their phone in their shirt pocket should consider it. This phone is good for calling and screen-less entertainment because its screen is just 1.8-inch diagonally long. 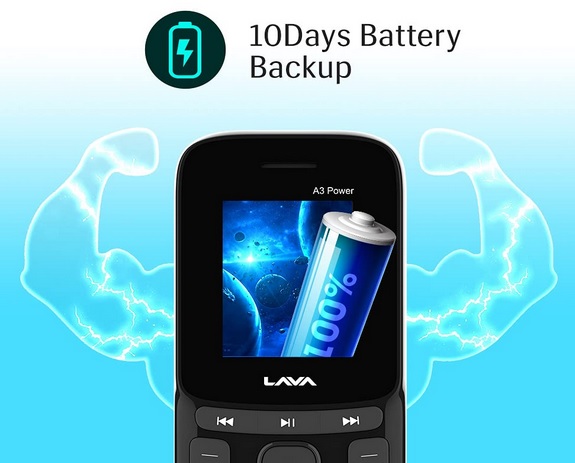 The features that make the Lava A3 Power a special choice among thousands of top-selling mobile phones below 1500 Rupees in India market — are almost 10 days battery life, Artificial intelligence for battery saving, a music player, Bluetooth connectivity, and a one-year replacement warranty.

Also Read :  Veggetti Pro Review: A Must Have Table-Top Spiralizer in Modern Kitchen

The Micromax mobile phone looks very impressive and is very handy in use as well. It sports a 2.4-inch big-bright screen and comes with a 1700-mAh long-lasting battery. It can play video and audio files. Although it is not the right choice if you are looking for a camera mobile phone under 1500 Rupees. Micromax X739 mobile phone disappoints with its basic camera. 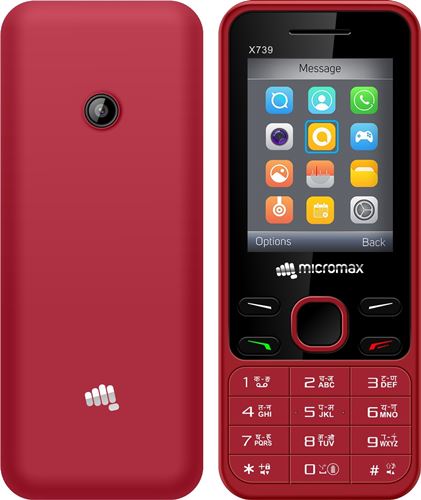 Usually, playing FM radio on a mobile phone requires an earphone as an antenna. However, the Micromax X739 can tune local FM without earphones. This dual SIM phone has a built-in radio antenna, internally.

Live worry-free life with this Micromax mobile phone since its Anti-Theft feature secures it. Suppose, your Micromax X739 mobile phone is stolen in pick-pocketing. No problem! On your complaint, the local police station will be able to track and locate your mobile easily.

Further, the Micromax X739 mobile phone has the Auto Call Recording feature to record all incoming and outgoing calls. This is a great feature to collect judicially approved evidence against fringe elements in society. All the recorded calls will be stored on the external memory. To use the “Auto Call Recording” feature of this phone you need to insert a microSD card in its SD card port.

The Micromax dual SIM mobile phone is an excellent choice for those who prefer to listen to songs on speaker, not on earphones. I am saying this because this latest Micromax phone has a powerful speaker on its back. The speaker generates a loud and clear sound. And, to power the speaker for an extended period, the phone has a long-lasting 1800-mAh battery.

BT Connectivity is an intelligent feature of the Micromax mobile phone. This feature allows the phone to connect to a new device and share its built-in functions for being used from the connected device. That works well and shaves the battery of the Micromax phone.

Nokia is still the most trusted brand for a feature phone in India market. The latest Nokia mobile phone under 1500 Rupees is Nokia 110 2019. It is a dual SIM mobile phone with a screen size of 1.77-inch. This Nokia feature phone comes with a powerful 800-mAh battery. Its VGA camera captures better snaps than the camera of the feature phones of other brands from the same price range.

The USP of this Nokia dual SIM mobile phone is entertainment features. For all-day entertainment, it comes with an FM radio player, preloaded games, and audio & video player. Also, you can store your favorite songs on the inserted microSD card. Nokia 110 mobile phone supports up to 32GB SD Card. 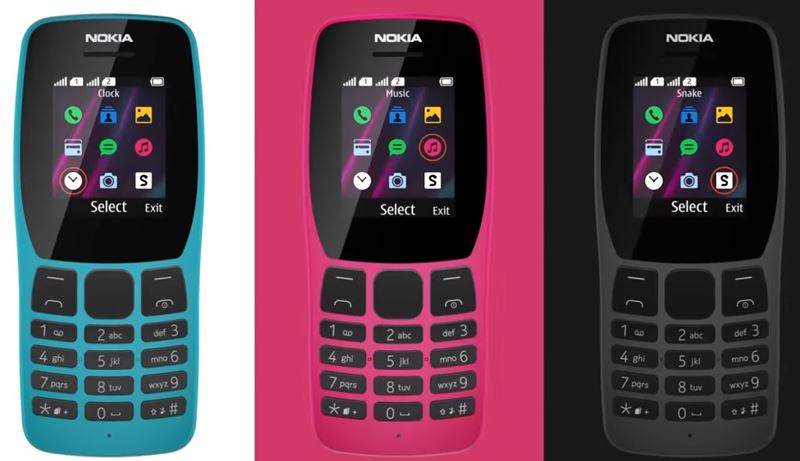 Nokia knows well that the incredible build quality of its devices makes them favorite of Indian buyers. So, special attention is given to the build quality of the phone model. Nokia 110 mobile phone is exceptionally durable, and its design is very impressive, too.

The only thing that disappoints me is the size of the screen. Bigger is better. Nowadays the demand for mobile phones with a bigger screen is more. 2.4-inch screen size instead of 1.77-Inch screen size could have favored Nokia 110 2019 more.

The latest Micromax mobile phone in 1500 Rupees comes with a powerful 3000-mAh battery. Yet, it weighs only 120 grams. As the brand claims, the 3000-mAh battery after being 100% charge would last up to either 4-hours of calling or 7 days of standby. That proves that the battery is incredibly juicy. Those who bought this big battery phone and using it regularly confirm for a lasting battery backup.

Thanks to the 2.8-inch screen, this Micromax feature phone is also a perfect device for entertainment besides being a fit choice for calling and messaging. It can play videos and show pictures and messages in better clarity. 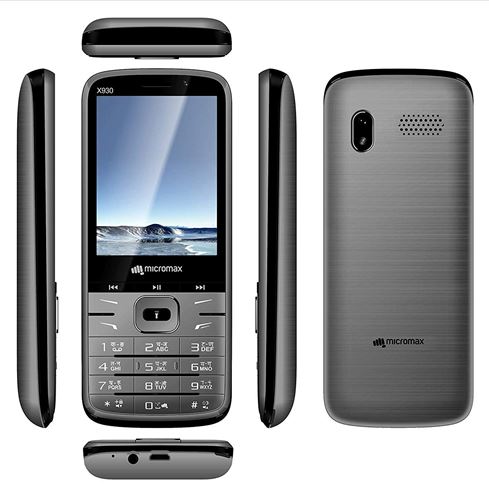 Some nifty features of this Micromax dual SIM phone are LED Torch, front camera, rear camera, auto call recording, and Wireless FM. To store onboard the generate media files like call recording, videos, and pictures, you need to insert an SD card to it as it does not come with free internal memory for the end-user.

3000-mAh battery, 2.8-Inch screen, Wireless FM, and Micromax trust are the four significant factors why Micromax X930 must be your next mobile phone. Undoubtedly It is one of the mobile phones under 1500 Rupees on the market currently.

The A7 dual SIM mobile phone is the newest and one of the best lava feature phones under 1500 Rupees. It has a solid build, a good-looking design, a powerful battery and lots of features & functions. You can read on this phone in 22 official Indian languages and type in English, Hindi, Tamil, Telugu, and Kannada. 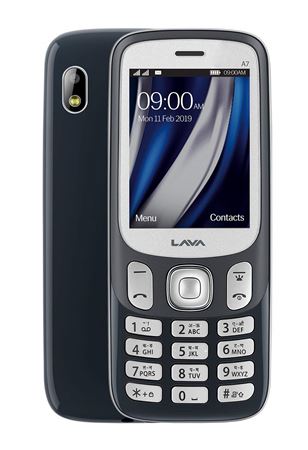 Lava brand claims to have this 1400 Rupees feature phone 6-days battery life. The 1750-mAh Li-ion battery of Lava A7 mobile phone gets charged quickly and in super mode, if used commonly, would last for four to seven days.

For a feature phone, Lava is my personal favorite brand. This Indian brand adds lots of safety and security features to its feature phones. They are very essential in today’s time when threats do not come from the main door. Lava A7 mobile phone has number block, privacy protection, and auto call recording feature. Therefore, this 2G phone is an ideal mobile phone for female.

Currently, one of the most stylish feature phones in India market is Lava Gem. This dual SIM mobile phone has Indian’s favorite classic gold design. Its keypad consists of rounded soft keys. The big 2.8-Inch screen makes this phone very handy in everyday use. If you need a big screen feature phone under 1500 Rupees, Lava GEM is the right choice at present. 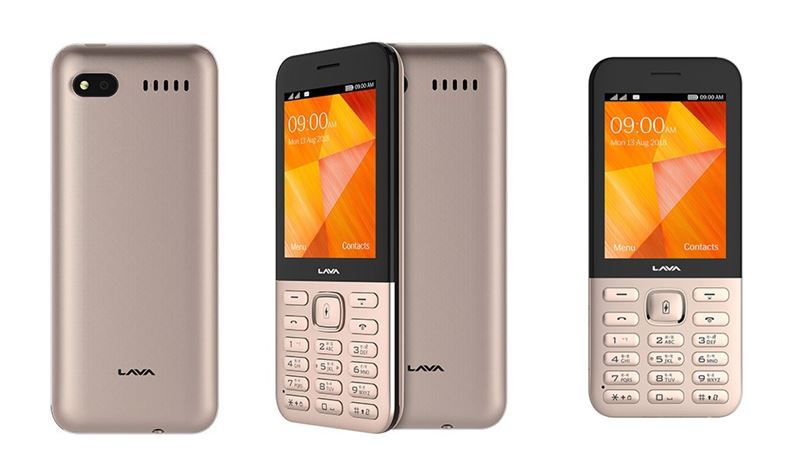 The build and design of this Lava feature phone are outstanding. It has a decent 1.3MP camera with LED Flash. Although it has no user memory, you can add memory to it — up to 32GB by inserting a microSD card in its SD card port.

This Lava mobile phone has all my favorite features. They are number block, auto call recording, wireless FM, torch, privacy protection, and call blink notification. Besides, the Lava brand offers 2-Years warranty and money back challenge for this phone.

Thus, you should buy Lava GEM if your budget for a new feature phone is in the price range of 1200 to 1500 Rupees. It has an eye-catching design, a big screen, lots of convenience and safety features. Its speaker is reasonably loud, withal.

Eye-catching looks and premium design should be the main reason for buying this phone besides lots of entertainment features onboard. In spite of a low MRP, LAVA has been gracious with the built, color combination and the finish at the front & back of this device. The 2.8-inch display of Lava KKT 28i makes appear everything perfect. This dual SIM mobile phone has a powerful battery, too. 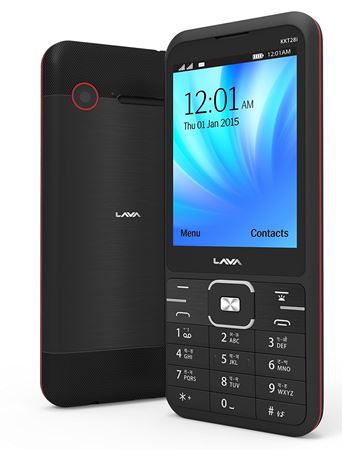 The Lava phone comes with music & audio player along with wireless FM. One good news is you can record live FM program easily. Wireless FM means the phone does not require an earphone plugged in as an antenna to receive radio signals.

Users could make most with microSD card support, which goes up to 16GB. Use the FM recording feature to store live FM programs to listen later on.

The dual SIM phone comes with all the regular features. However, the design is something that makes it quite interesting in the crowd. Also, it has a big screen and a powerful battery. Therefore, In my opinion, you should try this cute gadget.

Karbonn brand launched this phone with a price tag below 1000 Rupees. Now, however, it costs 1300 Rupees. Those who have bought it and using it — say that it is an excellent dual SIM mobile phone.

Are you are looking for a feature phone for entertainment? Here it is. It has multimedia options in terms of video and audio playback further aided by FM radio. 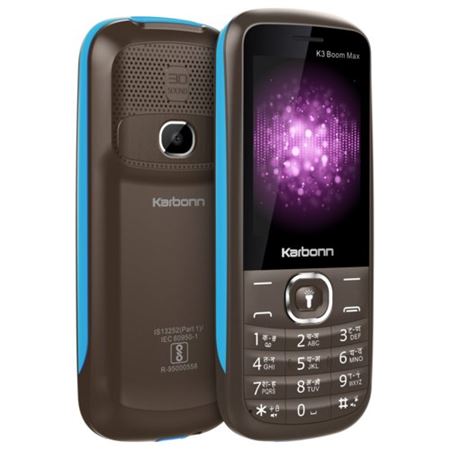 Karbonn K3 Boom Max mobile phone has a 2.4-inch screen with a 240 x 320 resolution. It has a well-placed 0.3-megapixel primary camera on the rear side that can offer an image resolution of 640 x 480 pixels. It also has a digital zoom within. The battery on Karbonn K3 Boom Max is quite powerful. Its 1800-mAh battery is juicy and lasts longer, withal.

There’s a functional torchlight too equipped on this set. There’s plenty of basic facilities like calculator, alarm, stopwatch and more with this Karbonn K3 Boom Max.

Thus, consider everything it wouldn’t be wrong to say Karbonn K3 BOOM Max is one of the best mobile phones under 1500 Rupees. It is a real multimedia feature phone. It has a big screen, a powerful battery, and the features to entertain you all day.