Advancement in technology and the need for better-performing computers has aggravated computer manufacturers to come up with numerous computer models of different sizes, costs, colors, and designs. Due to the large scale production of computers today and the ruthless competition between various manufacturers, the price of computers, especially laptops, has tremendously dropped. Consequently, this has made computers and laptops more affordable meaning that more of the middle- and lower-class buyers can afford taking one home.

The demand for cheap laptops has also increased owing to the fact that laptops are slowly becoming necessities to all factions of society. Among the very core needs that have triggered the high demand for laptops is – education, work, and entertainment. Therefore, manufacturers have had to take severe risks in bulk productions of subsidized netbooks, so as to satisfy the customers’ needs.

Which is the best laptop under 30000 Rupees in India market? In this piece, you read about best-selling laptops from 25000 to 30000 Rupees price range. Here we cover the laptop models that have been rated by experts and their users for excellent build and performance.

Considering the Pentium processor of the Asus SSD laptop, it is strictly not for gaming. It is an excellent choice for students, executives, home use, and other basic users, though. Its 14-Inch screen comes with full HD resolution and anti-glare coating on the screen surface to protect the user’s eyes.

What else the Asus X415MA laptop has? Does it worth it? Should you buy it? We discussed that all in our video presentation. Do check it out.

The HP laptop is perfect for home use and for those students who want to study online. It is portable, not heavy, and it comes with a powerful 3-Cell li-ion battery, whose estimated battery backup could be close to 7 hours. We estimated the battery backup of this HP student laptop so high because it sports a small screen and the screen resolution is HD, not full HD. Also, its mother drive is SSD. SSD memory saves battery whereas HDD memory drains laptop battery fast. 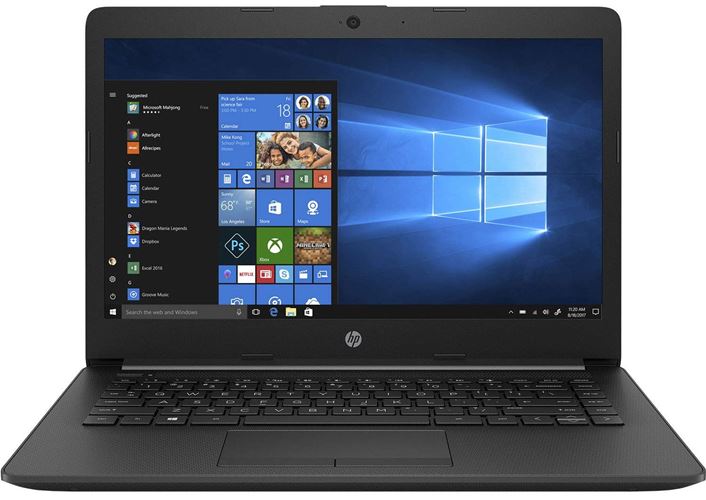 The performance of HP cs2002TU laptop is so-so. That is due to the Intel Celeron N4020 processor, which lacks those technologies and fire that are essential for fast performance. That is why we titled this HP laptop as a general-use laptop.

Other characteristics of this HP SSD laptop, however, are fascinating. It comes with the licensed version of the MS Office 2019 student. It features two powerful speakers that generate loud and clear sound. In this price category, another brand provides VGA Webcam on their laptops, whereas HP cs2002TU laptop comes with an HD Webcam.

The HP laptop is perfect for students and home use. Currently, it is the most affordable online learning platform for students in great build quality. Hence, it wouldn’t be wrong to say that it is the best laptop in 25000 Rupees. There is no option on the market except this Dell laptop to compete against this HP SSD laptop. 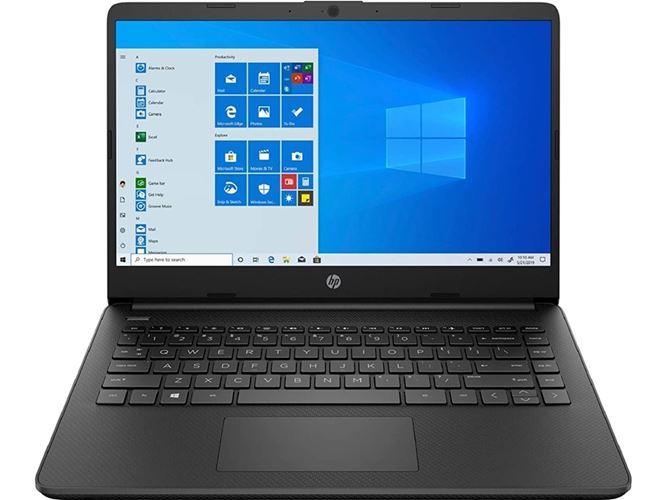 Although the HP cs2003TU laptop comes with a mediocre processor, its SSD mother drive makes it fast. Its performance is therefore very impressive, with no lag and also no heating issue. Also, its screen quality is excellent.

The cy0009au laptop model is the latest HP laptop in the India market in the price range of 25000 Rupees. It is a value for money considering the features and functions this HP laptop has in comparison to the current market trend. It comes with a preloaded Windows 10 operating system with a lifetime license. It also has a preloaded MS office 2019 student version with a lifetime license. Its build and design are more and less the same that usually, all budget HP laptops have. But the cherry on the cake is its 256GB SSD. With the SSD memory, this HP multitasking laptop is very reliable and its overall performance is good. 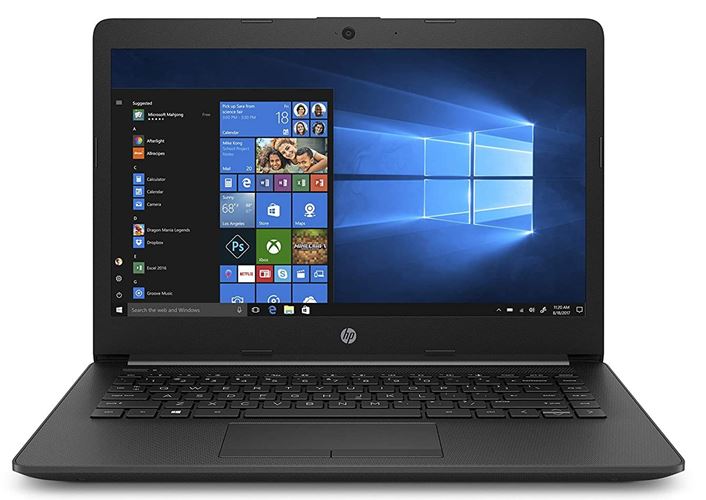 Who should consider this very affordable latest HP laptop? HP cy0009au laptop is an excellent choice for undergraduate students and home use. It has the processing power to manage web browsing and low weight applications. This HP SSD laptop can’t manage smoothly advanced programs and heavy multitasking, though. So, gaming on it is totally out of question.

The Asus laptop is the only option currently if you are looking for an SSD laptop below 30000 Rupees with 8GB RAM. This multitasking laptop has 512GB SSD and 8GB DDR4 RAM. AMD A12 quad-core processor powers its Windows 10 operating system for processing and multitasking. 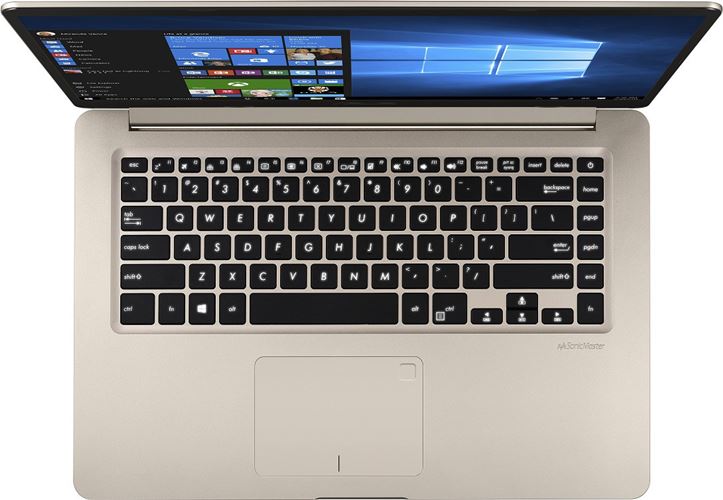 Asus X510QA Laptop has many exceptional features and functions. Apparently, it is the first laptop under 30000 Rupees with illuminated keys. It comes with a 3-Cell fast-charging battery, which fuels to 60% in less than 50-minutes. Moreover, to extend the total life of the battery, Asus blessed this laptop model with its signature technology Asus SuperBattery Technology. Its other special features are BIOS protection, fingerprint reader, Cortana voice support, memory expansion slot, and SonicMaster sound system.

Thus, the Asus laptop is currently the best laptop to buy under 30000 Rupees. It is not a gaming laptop. It is a general use laptop for students, office executives, home use, and professionals. Go for it!

Recently Intel introduced the 10th generation variant of its Core i3 processor, which is the most popular processor for budget laptops. Being a new processor on the market makes it a pricy option than its predecessors which are not old models. 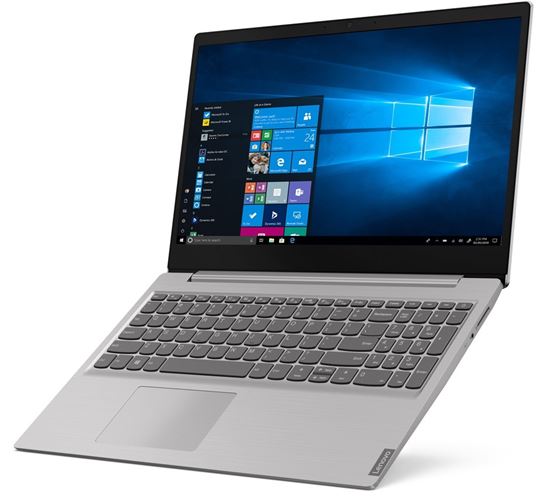 The laptops with the Intel Core i3 10th generation processor is generally priced between 35000 to 45000 Rupees range. But not the Lenovo S145-15IIL laptop. It is the only laptop in India market currently with the latest 10th generation variant of the Intel i3 Processor. Having the latest Intel i3 Processor means this Lenovo laptop is faster and better than all other laptops which are on sale below 35000 Rupees.

Another two reasons to trust this Lenovo laptop for better performance are its fast DDR4 RAM and 256GB SSD. Its RAM frequency is 2666-MHz.

The Lenovo S145-15IIL multitasking laptop is fast. Its primary memory is SSD. And, it comes with the lifetime licensed version of MS Office 2019 Student as well. Hence, go for it without a second thought as it is one of the best laptops in 30000 Rupees.

SSD laptops from the Asus x509ua Laptop series are some of the best laptops in India market from 25000 to 30000 Rupees range for students, personal, and home use. The Asus SSD laptops are fast, reliable, lightweight, and have original licensed operating system preinstalled. So, as soon as the laptop is delivered at your place, unbox it and start using it. No Waiting!

Laptops of the Asus x509ua series are better than their alternatives in terms of hardware specification but lacks essential MS office applications with a lifetime license. Almost all HP and Lenovo laptops from 25000 to 30000 Rupees range have preinstalled the student version of the latest MS Office program, which includes MS Word, MS Excel, and MS PowerPoint. These MS office applications are a must. Without them, a laptop, especially in India, is not a useful laptop at all.