Today, humans are more connected with each other than they were ever before. No matter where your friend is on planet earth, you can always reach him by a few clicks – this has become possible only because of the internet.

The Internet has become an essential part of our life and we just cannot live without it. In almost every household, one can find at least two smart devices capable of connecting to the internet. In Bharat, we have experienced a great increase in the number of ISPs over the last decade. Purchasing a new internet connection has never been so easy.

A basic internet connect comprises just a modem – plugged at the back of a desktop computer. Although this setup does give an internet connection but it is far too old as per today’s requirements. Just an RJ45 plug (modem plug) is not enough for connecting multiple devices to the internet. In fact, no smartphone or tablet in the world features RJ45 port, so how would you connect these devices using the traditional method?

The best solution to the above problem is a Wireless Router. Routers not only allow connecting multiple devices to the internet simultaneously but they also make this connection wirelessly available to the devices lacking Ethernet port. I would like to point out though there are different types of routers available out there and a single type may not suffice the needs of all people/households. Your purchase decision will depend on a number of things. I have written this article just to make the process of buying a new router easy for you. So, let us get down to it. 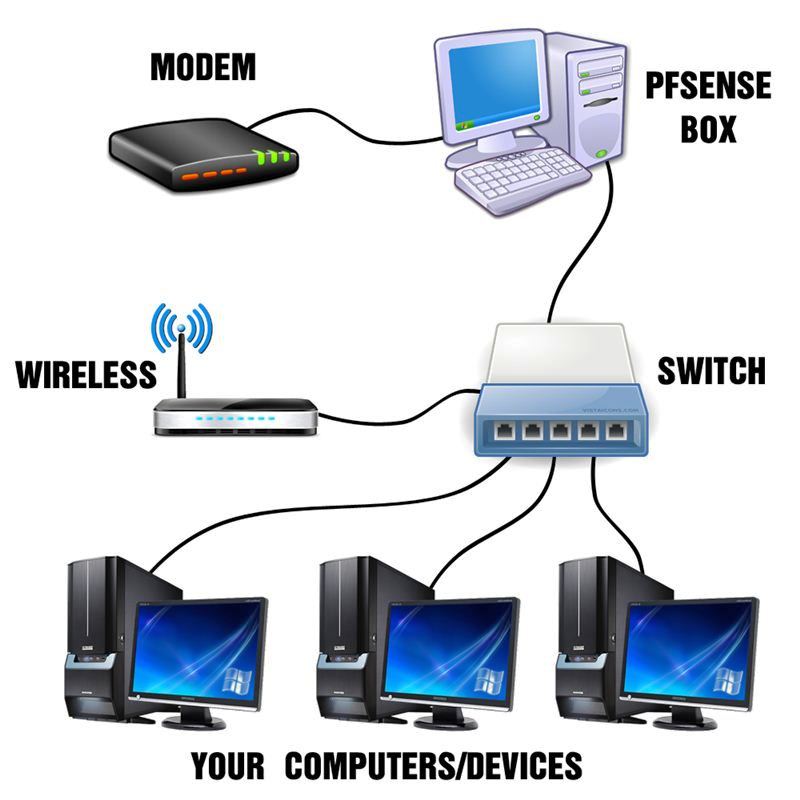 1) The Number of Devices to Connect Wirelessly

Theoretically, there is no limit on – how many devices should be connected to a router. This, however, does not mean you will get the same speed and efficiency after connecting many smartphones, tablets, desktops, laptops to a router.

Just like a smartphone or a laptop, a router has a processor for managing the data packets and a RAM for temporarily storing of important instructions. When the loads by active connections exceed beyond what the processor and RAM of a router can handle – the efficiency and speed of the network get directly hit. Either the network might fail or the speed for each connected devices will be reduced.

For offices and other places where a number of devices continuously use wireless networks- a powerful router is the better option to go with. What I mean by a powerful router – I will explain in the upcoming paragraphs.

Every person uses the internet differently. Some people use social websites mostly and can cope up with low bandwidth. If you belong to the group, then an affordable 1000-rupee router will be enough.

Gamers (especially online gamers) need a high-speed connection in order to send and receive data at a good response rate. Budget routers are not capable of doing that. Many manufacturers have launched dedicated gaming routers but these devices do not come cheap.

Wi-Fi works on radio waves, which are like the light waves traveling at different frequencies. Routers are capable of transmitting radio signals at multiple frequencies but only within a specific range. This range is called as a band. The use of radio spectrum is regulated and manufacturers can only use certain bands for routers.

Traditionally, routers work at 2.4 GHz frequency band. The 2.4 GHz band is not the most efficient when you live in a densely populated area. Radio frequencies are subject to interference when they meet with other radio waves traveling at the same frequency.

You can find at least 10-15 Wi-Fi connections in any residential area. And, installing a 2.4 GHz based router in such area may not turn out to be the best solution.

Nowadays, Dual-Band and Tri-Band routers have become quite popular. These routers also make use of 5.0 GHz band (which is subject to less interference) for transferring data wirelessly.

There are some dedicated routers for 5 GHz band, though I would not suggest buying them. Many devices still depend on 2.4 GHz band and a dedicated 5GHz router will not allow them to connect. Dual-band routers are a much better solution as they can transmit 2.4 GHz and 5 GHz signal simultaneously.

Tri-Band routers have two 5 GHz based network. They can be helpful in some scenarios but as of now, they are quite expensive. One thing to note here is 5 GHz band has a low coverage area than 2.4 GHz band.

While purchasing and installing a new router, a primary goal would be to bring the whole house (or office) under its coverage area. You will only succeed if the router has relevant numbers of antennas.

Depending on the requirement, customers can choose from routers with single antennas, dual antennas, and more than two antennas.

I would like to admit, though multiple antennas do not increase the coverage area of a router, and instead, they increase the intensity of the signal in the same limited coverage area. It is always better to position different antennas in different directions. When radio waves travel in different directions, the efficiency of the networks is increased. This helps a lot if you have a wall (or walls) between the router and the client device (smartphone or laptop).

Routers with a single antenna generally offer speeds up to 150 Mbps while the same for the two-antenna routers is 300 Mbps. In the case of a really big house or a large campus area, a multi-router setup will be the only solution.

The speed of your home network greatly depends on the IEEE standard your router is based on.

Under a tight budget, you will only get an 802.11N router. The “N” standard offers a maximum net data transfer speed of 600 megabits per second. In comparison, the newer “AC” standard routers are capable of delivering speeds up to several Gigabits per second. This standard is very useful for gamers and people who stream super-high definition content over their home network.

These speeds are theoretical and the actual data transfer rate will depend on the obstacles lying between the router and the client devices.

Wireless “AC” routers are generally highly priced. While “N” standard routers have an optional support for the 5 GHz band, the “AC” routers offer dual-band capability right out of the box.

The IEEE 802.11AC or simply “Wireless AC” routers will become cheaper in the coming days as the cost of production reduces.

My advice would be to always connect desktops and other non-portable computing devices with a router by a physical connection. A wired connection not only reduces pressure from the Wi-Fi antenna but delivers faster network speeds as well. Generally, all routers come with a set of at least two or three LAN ports, though it is always better to go for a higher number.

Many people like to download and stream content over a network. In this regard, routers with a USB port on the back can prove to be really helpful. It will allow you to pair a Pen Drive or an external HDD to the router. Media stored on these storage devices will become available to all the connected clients. This functionality is also referred as NAS or Network Attached Storage.

Some advanced routers with NAS even offer bit-torrent protocol. By using this functionality, such routers can download torrent files on its own.

For using a Data Card, you will have to purchase a router that supports 3G/4G/EVDO networks.

For home and offices, a strong security over a local network is very important. You would not want a passing by hackers to get access to your network. Therefore, always purchase a router with the latest security protocols. WPA/WPA2 security protocols are much safer than WEP.

Advanced routers allow the administrator to monitor, block, and manage the connected devices. These routers are also loaded with enterprise-level security features. 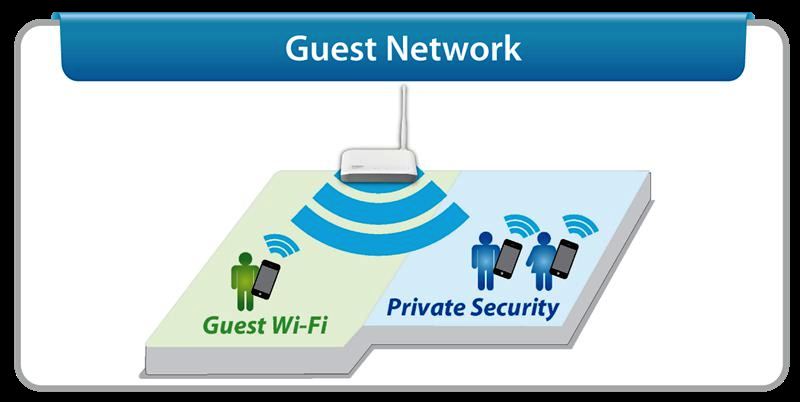 Many times friends and relatives will come over to your place and put you in a confusing situation by asking for your Wi-Fi password. Certainly, you may not wish to deny them. A router with Guest Mode support can be a lifesaver in such situations.

Guest Mode functionality creates a new local network on the same router. This new local network is limited and the devices connected with it will not be able to access shared files on the main network. In fact, the SSID and the password of this network will also be different.

Features like VPN, QoS and UPnP can enhance your experience. Not all routers offer these features. Thus, reading the specs sheet of a router before buying it is always a better decision.

A WPS (Wi-Fi Protected Setup) button, which many routers come with, helps the users in connecting the devices without even entering the password. I would like to point out though many experts consider the WPS functionality insecure. Therefore, you will have to use it at your own risk.

Other small things, which should be considered when buying a router is: indicators present on a router, position of the power button (if present), and design of the device.

Routers run on a firmware developed manufacturers. Many brands limit the features available on their router firmware (due to many reasons).

DD-WRT is a custom firmware that can unlock many new features on a router. Flashing the firmware, however, can void the warranty of your router. In addition, the installation of third party firmware should be initiated if the device officially supporting it.