Hard Disk technology has ruled the storage device market for many years but now it is on the verge of going extinct. Using an HDD in 2016, when we have far better options available is the same as using a floppy disk when you have a pen drive.

There are many drawbacks of Hard Disks. Today, a good internet connection can offer you speeds up to 50 Mbps but data transfer speeds of even best HDDs remain between 20-30 MBPS only. Hard Disks have moving parts, which is why many laptops and desktops make annoying sound. These moving parts increasing power consumption of the whole system.

The best alternative to Hard Disk technology is Flash storage based SSDs. These storage devices offer a thousand times better performance than the traditional HDDs.

What Is SSD or Solid State Drive?

SSD or a Solid State Drive is a storage device that does not have any moving part in it. These drives work just like Pen Drives, which means they store data in the magnetic form. The benefits of Solid State Drives are many. These storage drives can achieve data transfer speeds of more than 1 GBPS (whereas HDDs offer transfer speed of around 20-50 MBPS only). Further, SSDs do not have any moving part so they do not consume much electricity and are super silent.

If you are planning to purchase an external or internal storage device, then investing money for an SSD is much wiser decision than going for outdated HDDs.

Limitations of SSDs: SSDs also have some limitations. When manufacturers try to provide more space on a small SSD chip, the life of that SSD reduces. This happens because transistors offer limited life cycles. What this means to a general user is: the higher the storage of SSD, the shorter its life will be. I would like to point out though the life cycle of SSDs depends on technology and materials used while making them. Thus, it is quite important for customers to do a great research before purchasing an SSD.

To make the selection easy for our readers, we have listed 6 such SSDs that are highly popular in the market. I will also cover the pros and cons of each SSD so the readers can make an informed decision.

Here, we are covering some reliable and ultra-fast internal SSD or solid state drivers. About the best-selling external SSDs will be out in another part of our coverage on the next generation of storage technology. Read also Super fast Western Digital 4TB External Hard Disk.

The Kingston UV300 is one of the most affordable Solid State Drives a desktop user can purchase at the moment. While other equivalent SSDs (128 GB) will cost you more than 10,000 rupees, Kingston is selling this device for an attractive amount of 2,699 rupees. The UV300 SSD is also available in 240GB storage variant with a price tag of just 4,500 rupees.

Impressive Build Quality: Kingston has secured the top part of this SSD with a metallic cover and the bottom part by a sturdy plastic base. Its body feels solid and compact. This storage drive measures 2.5-inches diagonally and is suitable for desktops as well as laptops.

SATA Connectivity: SATA connectivity makes the Kingston UV300 SSD compatible with a number of devices. Moreover, read and write speeds of this SSD are really impressive. Kingston itself promises it to be 10 times faster than the traditional HDDs (7200RPM). On an average, you will get read speed of 500 MBPS and write speed of 450 MBPS. 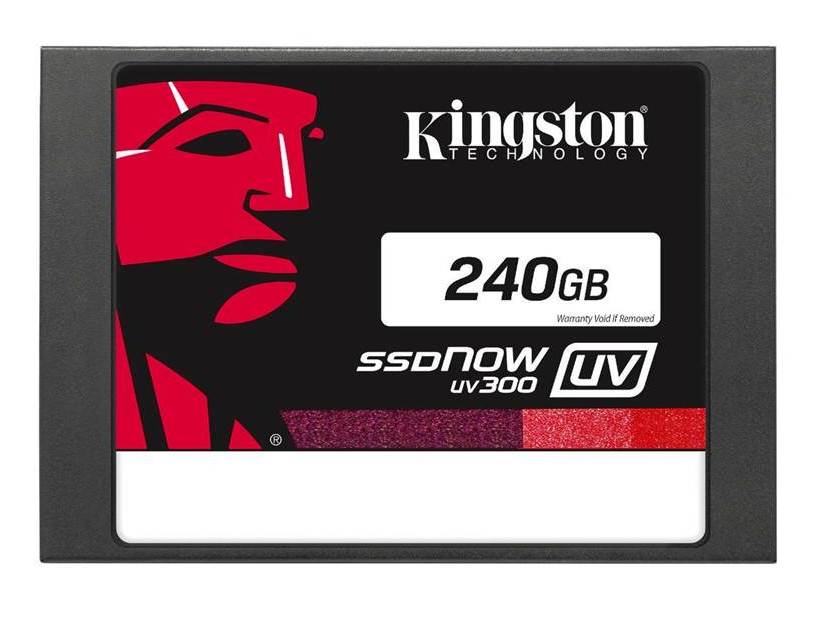 Short Life Span: Not all Flash storage devices are created the same. Manufacturers use different types of Flash cells for their products. Some of the most famous cell types are SLC, MLC, and TLC (SLC has the highest endurance while TLC has the lowest).

The Kingston Solid State Drive sports TLC chips. Although these chips offer more storage at less cost, they only last for about 5,000 erase cycles per cell.

Cons: Based on TLC micron technology

Verdict: The Kingston SSD can be an affordable solution for budget customers. However, you should also consider its limited life span. MLC and SLC based SSDs will cost more money but will also last for more erase cycles.

The HyperX Fury is another great SSD from Kingston. If you are planning to upgrade slow hard disk of your PC then this product can be a great option to go for. Currently, its 240GB variant is selling at 4,800 rupees.

Increases PC Boot Time and Enhances Performance: This SSD is best for budget gamers. For fewer than 5,000 rupees, it offers read speeds of up to 550 MBPS. In fact, the HyperX Fury helps in fast loading of textures and shadows. Thus, it also reduces boot up time of computers. Kingston has equipped this storage drive with an SATA 3 interface.

Slim Profile: Size and thickness of SSD matter a lot. A thick drive will not fit into the slot of a modern ultra book. To avoid such problems, Kingston has made the HyperX SSD only 7mm thick. The brand also ships a mounting plate in the box because some desktop cabinets feature a slightly thicker drive slot. 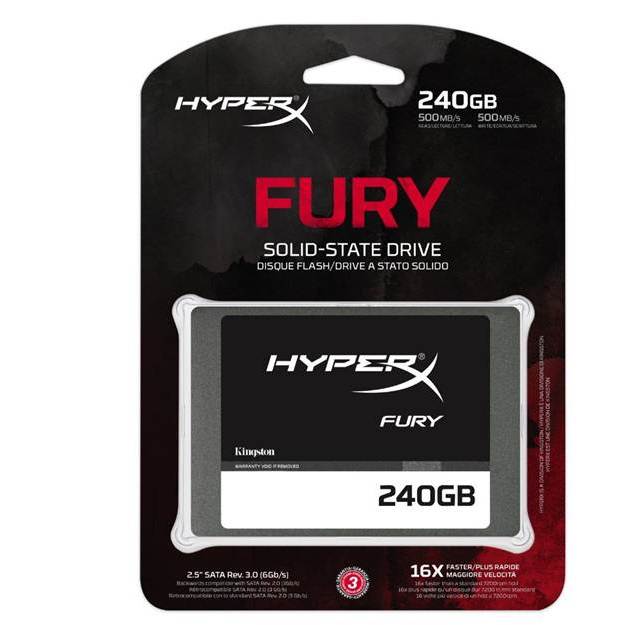 This SSD is Easy To Install:-

Verdict: This Kingston SSD is a highly reliable product. It is the best gaming drive I can recommend in the budget segment.

A couple of years back, Samsung was struggling with its Solid State Drives. I would like to point though the brand did not lose hope and by consistently improving the products, it has now become a market leader in the world of SSDs.

The Samsung 850 EVO has satisfied a number of customers around the world and is considered as one of the bestselling Solid State Drives available out there. For 240 GB variant of the 850 EVO, you will have to pay 7,000 rupees. Although its price is higher than other internal SSDs, but customer’s extra money will not go waste. One can also choose the 120 GB variant (available at around 4,500 rupees) if the budget is low.

Most Reliable SSD: No other technology in the market has been able to compete with Samsung’s 3D NAND Flash and it makes this drive highly reliable.

TLC chips are infamous for their low endurance and I was surprised to know that Samsung has also used the same chip technology for this SSD. Fortunately, the 3D NAND flash architecture lives up to its claim and greatly increases the write cycles of individual cells.

Fast Controller: This Samsung SSD sports MGX Controller for managing read and write operations. It helps in increasing the transfer speeds without consuming much power. On an average, you can expect read/write speed of 500/450 MBPS. A separate caching unit on the SSD itself manages extra load and speeds up the operation. 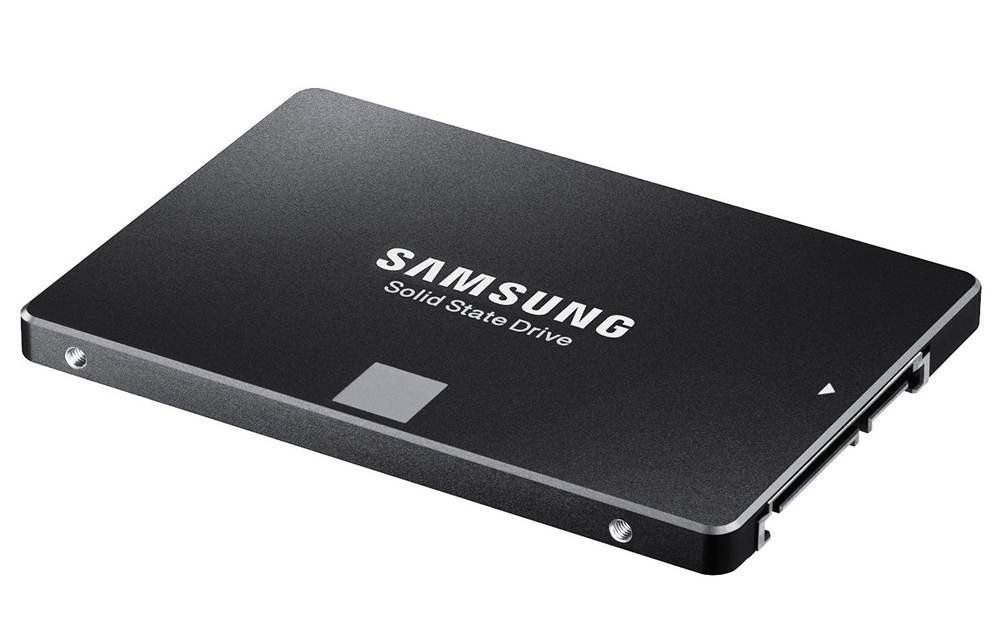 Attractive and Durable: Samsung has not disappointed us on the front of build quality and has installed a metal case on this product. Customers will also get a 5-year warranty on this drive.

Verdict: Except for a slightly higher price, I do not see any con of the Samsung 850 EVO SSD. Those who have the budget can buy it without any second thoughts. This drive can work in all kinds of scenarios whether it is gaming, graphic editing, or any other.