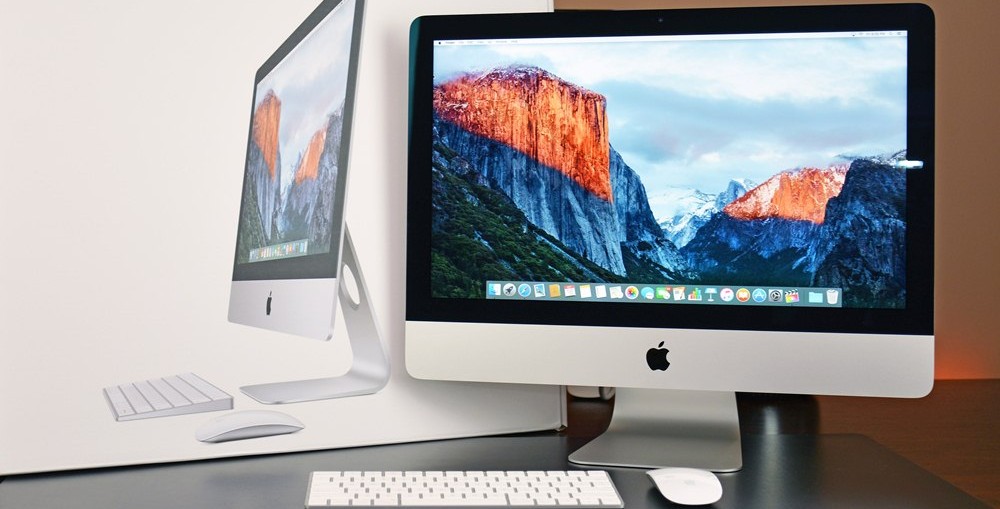 HP, Dell, Acer, and Lenovo rule the world PC market, but cannot compete with Apple, even together. No company in the world can match precision and perfection of the Apple.

In a long history, this American brand has invented many new technologies and also contributed to the advancement of current gadgets world. This ultimately made the life of common men lot better. Apple gets credit to introduce us graphical UI, computer mouse, and even capacitive touch in smartphones. The products that it makes are always different from IT giants.

We lost Steve Jobs back in the year 2011, but that incident has not stopped this brand from launching amazing products. Recently, the new iMac with 4K retina display was launched in India. The personal computer model has become popular around the world. Its base model is available in the market for an amount of 123900 rupees. This is lots of money really hard to earn for a Aam Adami. Therefore, the iMac 4K is quite limited to the high-income strata of the society.

The iMac 4K comes in a full aluminum shell, which looks sleek and very solid, too. Its body is highly durable, but it is also prone to scratches. This is hard to believe that Apple was able to include so many hardware parts inside this sleek device. On a desk, the setup looks much futuristic. The stand is slim but carries the weight of the display without any problem. Moreover, the display swivels in the vertical direction.

Apple has also used its design strategy to give the best possible experience to the end users. The Wireless antenna goes behind the Apple branding on the back of this 4K Apple desktop. This one indeed deserves our appreciation.

The iMac comes with a single exhaust fan that remains hidden behind the stand. Surprisingly, this stand is super silent. You can only hear it by bringing ears close to the body. The air vents have been position at the bottom so that no one can see them. To avoid scratches, the manufacturer has covered the bottom of the stand with a rubbery material.

As evident from the name, the USP of this all-in-one computer is its super sharp display. It offers a resolution of 4096 X 2304 pixels, which is more than what the DCI standard specifies for a 4K panel. This will certainly improve your productivity while working on graphic editing software. More pixels will let you manipulate more details of a picture or a video. Moreover, you view 4K videos in exact quality as the display has that many pixels.

This time around, Apple has ditched the normal backlighting that it has used since a long time. The new iMac is equipped with a red-green phosphor LED system that significantly increases the color gamut. Graphics and videos are produced with absolute natural colors. You will hardly find any distortion. The new iMac Retina produces theater-like footage by covering about 99 percent of the DCI-P3 color space.

As it is a 21.5-inch display panel, so the users will have a lot of space to work on. To scale things up, this device relies on a special algorithm. Scaling is important here because without it everything including graphics and texts will appear to be small.

However, the bezels of the display are really wide. Apple has painted them in black color, but that only helps in reducing the annoyance when the display is not turned on. However, you cannot do anything about it. With time passes, your mind will get used to the workspace and will automatically ignore the extra sides.

→ Performance of this Apple Desktop

Instead of featuring the latest generation Intel processor, Apple has decided to stick with last generation’s Core i5 family. The reason behind this is that the Intel’s Skylake series cores currently do not feature Apple standard integrated graphics.

The processor on this device comes with four cores and clocks at a speed of 3.1GHz. This number can be increased up to 3.6 GHz using the Turbo Boost technology. Alternatively, customers can also go with the variant that features a 3.3GHz Core i7 processor.

Performance wise, the base model does not suffer from any hiccups. It also handles graphics pretty well. You will be able to play some of the graphic intensive games by installing Windows alongside the native OS.

The main problem, however, is of the read & write speed. This variant features a 1TB hard disk that runs at a highly disappointing speed of 5400 rpm. Because of this, the boot time is increased and the applications take lots of time to open up.

Apple does allow the customers to configure this device with a 2TB fusion drive or a 512 GB SSD, but then the price of the machine will be significantly increased. Another drawback is that the onboard 8GB RAM can only be configured up to 16GB.

Therefore, I insist do not waste your money in configuring the specs. For heavy users, the 27-inch iMac with 5K display will be a lot better option in my opinion.

Generally, speakers built on a thin display offer poor audio quality. However, we cannot count the Apple 4K desktop as a regular personal computer. Its stereo speakers produce loud and clear superior quality audio, which is placed on the bottom along with the air vents.

In addition, the high & low frequencies are much clearer in output sound. Further audio does not distort, no matter which volume you choose to play music. These inbuilt drivers will suffice the needs of users so there is no need to purchase a set of external speakers.

The Magic Mouse offers a multi-touch surface that also supports multiple gestures. It is also capable of tracking all kinds of surfaces accurately. However, the mouse becomes quite difficult to operate when it comes to working on graphic editing software, especially in 3D environment

Its keyboard occupies much less space on a table. The individual keys give good feedback and offer decent travel. There is also an on/off switch on it.

The new iMac not only comes with an upgraded display but also with some new connectivity features. Apple does not believe in using old connectivity medium when there is better and faster alternative available. Therefore, one this desktop computer, all USB ports are 3.0 instead 2.0. On the back, you will find a pair of four USB 3.0 ports, which is impressive in terms of making simultaneous high-speed connectivity with many peripherals.

The Ethernet port allows the users to access the internet with speeds up to one gigabit. Two Thunderbolt ports offer support for mini-DisplayPort output. You can also use these ports for HDMI connection using an adapter. The FaceTime HD camera will let users do high-quality video conferencing. This computer also features two microphones on the top.

Conclusion: For Apple products, we can only explain features. You will agree with me that Apple Gadgets do not require a recommendation note from a review website. Whether to buy or not, it all depends on your expectation and usage. For someone who does photo editing and loves to watch movies, it is a great option. However, the low RPM hard disk makes it an unpleasant platform for heavy users. In addition, the configuration upgrade is not a good option to go for.

American television show the Pawn Stars is one of my favorite programs on History TV. I keenly watch this program …
Read More

The Best Laser Printer under 8000 Rupees This Month

For single function printers, one of the best brands in the Indian market is Brother. Other best brands are Ricoh, …
Read More

Canon is the best brand for color printers that are suitable for a photo studio. This printer review article, however, …
Read More

Cloudflare is a must! No doubt about it. This piece is a complete guide on Cloudflare setup. Check our Recommended …
Read More

Witnessing the fame of smartphones, one and all desire to purchase the up-to-date smartphones that justify both communication and amusement …
Read More

There was a time when humans used to grind spices on stones. In today’s modern time we have a gadget …
Read More
Top